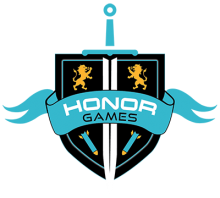 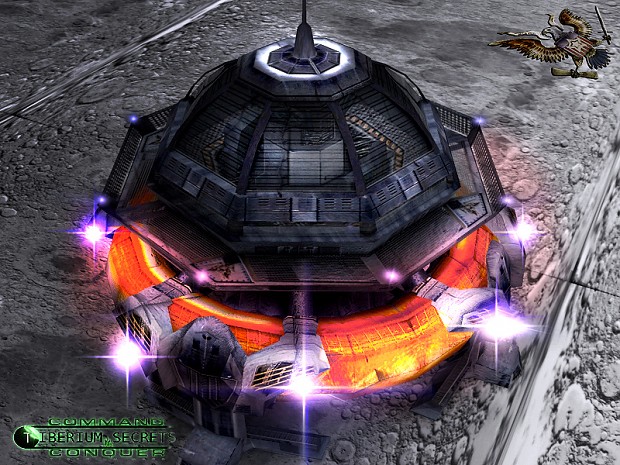 This story begins in November 2010 with Eric Chou (GeneralJist) joining the C&C:3 mod Tiberian Eclipse, taking on the role of co-lead, PR manager, and Lead writer. He was recruited by the project lead Jay (JPNYT) on the official C&C forums. The mission of this mod was to redo C&C:4 Tiberian Twilight, and had been fueled by hate and outrage from the community through Electronic Arts’ decision to remove all classic elements of RTS from their 2010 Command & Conquer title. This was seen as a sendoff and conclusion to the story arc with Kane, the 15-year Antagonist / protagonist of the series, and received dangerously critical reception, which would effectively kill off official support for the Command & Conquer franchise for nearly a decade.

Mr. Chou took on the aforementioned roles, and recruited for the project. Among his 1st recruits was Seth Brown (Umbrella secrets), who concurrently worked on his own mod C&C: Tiberium Secrets, which he had single handedly started in September of 2009. When asked by Mr. Chou why Mr. Brown joined Tiberian Eclipse, he said “it was an opportunity he couldn’t pass up”. Mr. Brown took on the brunt of the art department, despite the direction of the Tiberian Eclipse mod moving to unity with the ambition of making an RTS­­­­/ FPS hybrid. Mr. Brown had made an Obelisk of light that had an interior, which was later scrapped when the project returned to the SAGE engine. He later made an RTS model of an obelisk of light, and several other models concepted by Walter Vermeij (Pizza Atomica) which would be carried over to Tiberium Secrets years later.

Enter Maclaren Cardwell (Golan X) a Tiberian Eclipse forum moderator who signed on near the same time as Mr. Chou, to serve as a writer. Mr. Chou wrote several campaigns for the project, alongside Mr. Cardwell.  There were several others, that contributed to the project such as Victor Smirnoff (Silent Nomad) in writing and management, Alex Serino (Tiberian Fiend) in Code, and Walter Vermeij (Pizza Atomica) concept art, which eventually helped with Tiberium Secrets to some capacity, but none of them continued to Honor Games. 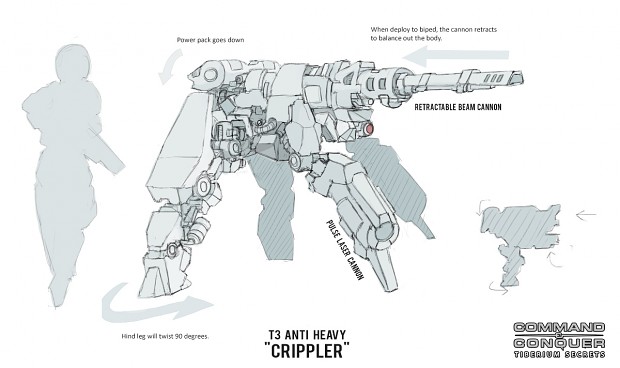 There was even some discussion of merging Tiberian Eclipse with Tiberium Secrets, but it ultimately didn’t happen, but upon retrospect was best for everyone involved. Mr. Chou would carry the torch for Tiberian Eclipse and would one day see his goal, and original directive and mission of Tiberian Eclipse to “Fix” C&C:4 Tiberian Twilight’s story. Gameplay for the original factions of GDI, Nod and Scrin, were drafted and put on hold as well. Mr. Cardwell joined Mr. Brown on Tiberium Secrets.

In April of 2011 the decision was made to scrap all of the campaigns written by Mr. Chou by David Nichols (Shriken) the art director, and new project lead. Mr. Chou did not handle this well; despite this, he attempted a smooth transition, and set up Kristen Andrews (Nod Soldier Girl) as the new PR manager. Mr. Chou made a copy of all his work, and the entire writing and gameplay folders, then he released his writing on Fanfiction.net, and left. Due to a variety of unknown but understandable factors, Tiberian Eclipse shuttered in August of 2011.  Mr. Chou would later release this content to the community at large in November 2021.

Mr. Chou joined Tiberium Secrets in June of 2011. Enter Matt Ross, joining a day apart. (Despite no association) Originally Mr. Ross joined due to the concerning themes he saw in Tiberium Secrets, particularly how Mr. Brown was creating an Illuminati evil new world order inspired faction known as All Seeing Army (ASA). And Mr. Ross wanted to warn that these things were very real and dangerous in certain circles.  So, due to this, an entire overhaul was done. It would eventually become the (Artificial systematic intelligence) ASI. 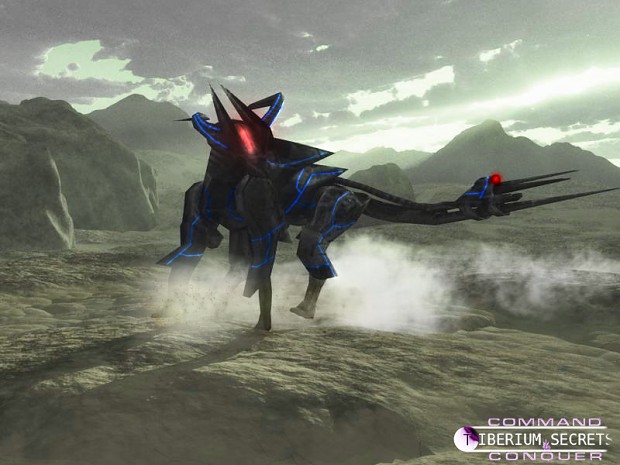 Mr. Brown kept tight control of the code and the art of the project; he was the project originator after all. He did not allow us to expand the team past the core four of us, during a majority of his tenure. Ross and Brown worked hand in hand for a full year and taught each other artistic skills and programs, and chou and cardwell took care of the writing. Chou wrote the ASI, and again filled the lead writer role. Cardwell advocated and wrote for Dream 51. Chou also took over all the production, HR, and PR duties, and all operations so Brown and Ross could focus on the project.

In August of 2012, Brown attempted to cancel and delete the entire project, due to personal issues.  Chou left, without knowing if he’d ever be back. He finalized the Tiberium secrets narrative and canon and left. Despite this, again he was committed to a smooth transition, so tapped Chad white (para combatant), a dedicated community forum member, as his replacement.

Mr. White served in Mr. Chou’s roles for a full year, and once Mr. Chou returned in June of 2013, they tag teamed the responsibilities for some time. Mr. White ultimately did not continue to Honor Games, and concluded his contributions in 2015, but he remains friendly to this day. 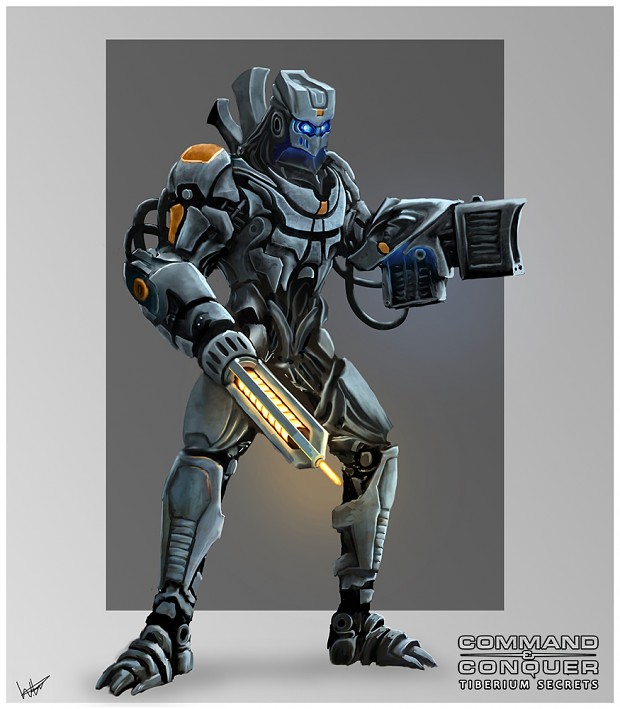 After Brown left, limited development continued under Ross and without a dedicated coder, the project was in serious jeopardy. Chou returned in June of 2013. We reached out to Brown  multiple times to try and get help and guidance to reconstruct the fragmented mod, but no response was forthcoming.

It wasn’t until November 2014 that John Netzel (Commiedog) and Tim Cerny (CCH Audio) joined, filling back the roles of core coder and core audio, respectively. Under their guidance, we reconstructed the mod, and we were finally able to release a full version in December of 2017, featuring the ASI Faction. Cerny developed and integrated all sound effects and the ASI Sound track, informed by his professional experience  at his own sound studio CCH Audio. Netzel singlehandedly led all coding efforts. His experience came from being the principal coder for the critically acclaimed C&C:3 The Forgotten mod, as well as other notable community involvement.

During all this time, Chou kept up an amicable ModDB message relationship with Brown, and was able to secure his contract signature, effectively signing all of Seth Brown’s rights of Tiberium Secrets over to Honor Games.

In march  2015 Chou would do two interviews for a school assignment, interviewing Louis Castle and Mark Skaggs, regarding their experiences. 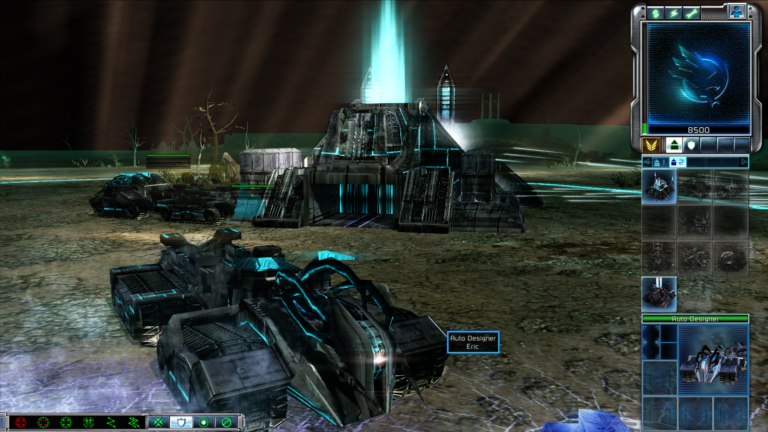 In May 2015, a community member by the name of Jason Koop (Jfod) joined as a content writer, collaborating and later leading the writing department, and eventually rising to head of narrative for the entire company. Koop would start his journey as a dedicated content writer, contributing to all narrative endeavors, assisting in many places, under the direction of Blake Armstrong (Roboteatingrobot) head of narrative. They were instrumental in the effort  to  develop Tiberium Secrets’ main narrative cannon Season 0, which would introduce our universe crossing it over with official Tiberium Twilight lore. Armstrong led the writing department, and we were able to release the aforementioned Season 0, which was meant to serve as a bridge between Tiberian Twilight and Tiberium Secrets.  After this effort was finalized, most of the writers left.

During all this time, Koop would see one of his dreams as a writer accomplished, in self-publishing his 1st book: Fractured (The Mirror’s Shadow Book 1). 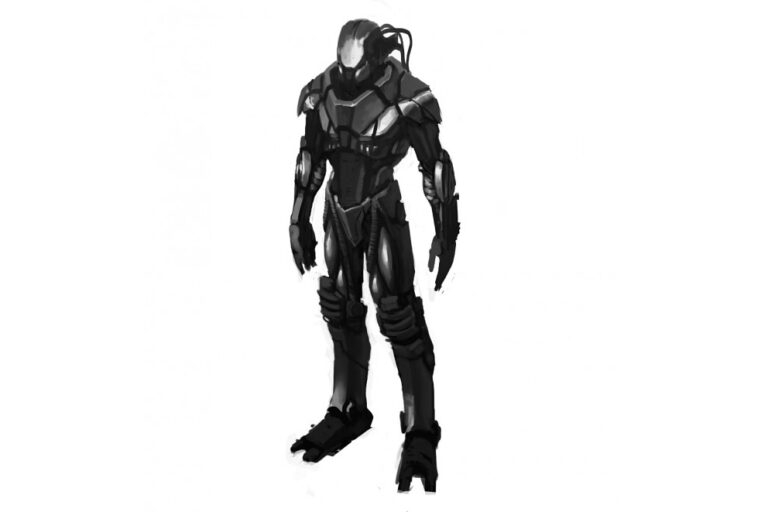 Chou was able to secure two tickets to GDC  2017(the game developers conference from Kevin Hawkins, chief administrator of Gamedev.net, where Ross and Chou met in person for the 1st time. They networked like crazy, and were able to make somewhat of a splash in San Francisco.

Netzel would also experience GDC 2018 with Chou as a result of the same generosity, Ross was unable to make the event.

Koop would lead project X efforts, developing the three campaigns. He would later claim IP ownership, and leave with all the campaign contributions in December 2021.

Jump to May 2020, Brown again contacted us to rejoin the project, but by then everyone was transitioning out of Tiberium Secrets. Ross had already disengaged, and Netzel was of the same mind. Chou and Netzel were just finishing up additions to the original factions. We had committed to ourselves and the community that those would be the last content updates. We agreed to continue to support Tiberium Secrets with minor patches, for technical reasons.  We told Brown that it was not practical to hand things over to him, mainly because the Tiberium Secrets mod page was the only place on the internet we were at, and if Brown later removed or changed it, it would no longer reflect the efforts of the core Tiberium Secrets team. We showed Brown brief details of Project X, and he said he wanted to do Tiberium Secrets instead. He later said he had thought about it more, and given the age of Tiberium Wars he expected a small impact of actually finishing Tiberium Secrets, so he backed off. He had also said that the custom animation plugin needed for C&C 3 didn’t work with Blender. 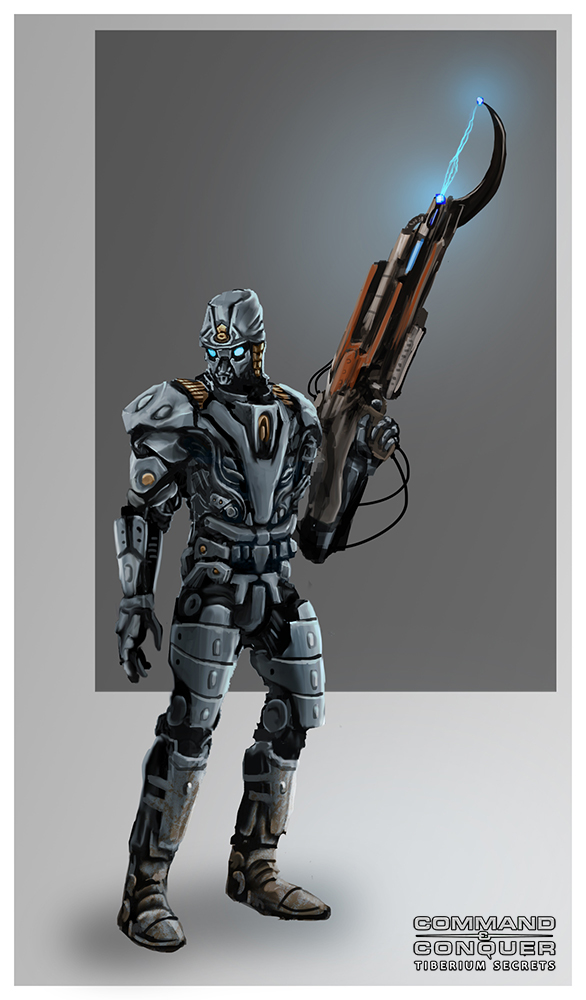 Jump to September of 2021, Brown contacted Chou on Skype, saying he wanted to do Tiberium Secrets again. He said he would check the ModDB page every day, and it eats him up that he sunk so much work into it, and it goes unfinished. He also saw the few comments from the community, hoping for further developments.

The Core leadership team of Eric, Matt, John, and Jason decided to formally end development of Tiberium Secrets mod on October 24th 2019, announcing the project’s conclusion. Despite this decision, it wasn’t until April 30 2021 that we released 1.7.3, marking the end of content patches, barring any major foreseeable issues. Minor narrative updates and most of our internal documentation were also released in waves.

Preproduction of Aether Mall, a SCP inspired game dreamed up by Mr. Ross was started in October 2020, signifying our full transition from modding to Indie.This project was later shelved in December of 2021.

On August 31 2021, we announced Vultures, an economic factory sim dreamed up by Netzel.

Mr. Koop took up the reins of our pre-production at redevelopment of Tiberium Secrets as an Indie RTS, with “Project X” as the working title, focusing on developing campaigns and world building. This effort was started by Mr. Chou, soon after October 2019, because an individual saw the cancellation and said they might be able to look for investors. Soon after, a pitch deck and demo video were made, and sent. Covid hit and priorities were shifted.

In December 2021, Matt Ross and Jason Koop both left Honor Games to strike out on their own. 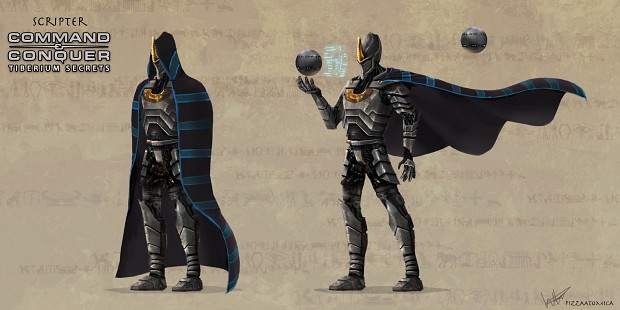 Created and Managed by: Victory Brands